Shilajit is an extremely profound mineral supplement revered in Ayurvedic medicine as one of the most powerful compounds on the Earth!

*We just got a new variety of Shilajit which is comparably amazing to this one (which is our original)! Come check it out here BLACK Shilajit *

Our Shilajit is harvested from the Himalaya mountains in India, using traditional harvesting methods and natural refinement procedures. Completely Organic and processed without heat, this is a very high energy supplement 🙂

Shilajit is comprised of what is called ‘Mineral Pitch’. Over thousands of years plant matter decomposes atop mountains and slips into cracks and crevices therein. The decomposition continues as the plant matter works it way through the mountain (with the help of gravity), absorbing minerals and nutrients from the mountain rocks and being continually refined by microorganisms. What we refer to as Shilajit is this matter which drips from cracks and condenses in lower parts of the mountain. It is composed of very much ‘pre-digested’ plant matter which has accumulated an array of mountain minerals and trace elements through its decomposition process.

It is consumed traditionally to help with a variety of problems. It is said to increase vitality and energy on a daily basis, promote sexual vigor, activate the immune system, aid in the health of bones and internal organs. It is revered in Ayurvedic medicine as one of the most powerful compounds on the Earth!

Another interesting aspect of Shilajit is the way it interacts with other compounds. It is said that Shilajit increases the bioavailability of other compounds when its taken together, or in close timing. This can be used for powerful benefit, but also one must be careful! In particular, using Chlorinated tap water, or having any other impurities taken alongside shilajit, can be detrimental. We take shilajit with clean spring water only 🙂

Where was Shilajit used traditionally, and how did this practice come about…?

The Himalaya mountains are most famous for Shilajit, though it can form in many different mountain ranges throughout the world. Originally the miracle of Shilajit was discovered by Ayurvedic practitioners in ancient India. Legend has it that the natives would see animals with grave illnesses and pains travel to the mountain. Originally they assumed the animals were going off to pass away in peace, but after many instances of seeing the same animals return healthy they started to wonder how it was occurring. There were instances where birds with broken wings, and other such ‘incurable’ ailments were seen to have lick the Shilajit over days and then return to full health! Thus the curiosity of the Ayurveda practitioners was peaked and through their study and examination they, over years, developed the refinement procedure to yield Shilajit as we now know it.

The reason it is refined in any manner is to refine away the presence of heavy metals which also naturally occur in the mountains. The end product is very much raw and natural, but has been ‘cleaned’ up through natural methods 🙂

Why should I go with Eternity in a Box Shilajit as opposed to another supplier?

The simple answer to this is that we’ve extensively sampled this material and have been blown away by the quality!  Also, our Shilajit is Organic and Raw in its nature, making it much more healthy and bioavailable than most others on the market. Our Shilajit comes in a Powder form, making it ideal for encapsulation or dissolving in teas!

The Eternity in a Box crew was very particular about the sourcing of our Shilajit. We have sourced our material through a very trusted supplier of ours in India. Everything this supplier offers us is of the highest quality, and we are always assured that the procedures of growing and harvesting are done via Natural/Organic methods, and the material is Never Irradiated! 🙂

Why is it so hard to get solid information about  Shilajit online…?

There is a lot of misinformation in the world of shilajit discussion, it seems that google is essentially saturated with advertisement websites posing as educational information banks. We saw many sketchy sites focusing on the idea that ‘All shilajit other than ours is fake!’ and similar such nonsense. There are some claiming that the pastes should be avoided, others saying the tablets, the powder, the extracts…Quite a bit of mudslinging, and with a bit of investigation it was clear that they all had a product to sell, which Go Figure, matched the prerequisites they were trying to spout off as neutral advice.

We always strive to provide legitimate information and never put an unnecessary cheesy-business man spin on it! We let the quality of our herbs and the intention of our hearts speak for themselves 🙂 This is why we went about extensive sampling before providing this on our website. Eternity Zach’s extensive sampling review is at the bottom of the page.

How do I use Eternity in a Box Shilajit, just eat it?

Shilajit is pretty versatile in its means of consumption. I often just stir it into warm water (not boiling water, I’ve heard that it is better to keep it cool for maximum benefit) and drink it as is. The flavor is very Earthy and not overwhelming, may take a little getting used to for some but everyone i’ve shared it with seems to enjoy the taste more each time they use it.

You can also stir it into a juice, or add to a smoothie to power-up the nutritive value significantly. A favorite method of consumption in our crew has been to add it to Hot Chocolate! We often stir together a .5g dose of Shilajit with some our Raw Organic Cacao Powder, or our new Ceremonial Cacao paste  in hot/warm water (a bender makes it even easier) and voila! You can go all out with additives if you feel so inclined, some fun ones are Vanilla Bean Powder, Acai Powder, Algae Powders (Spirulina &/or Chlorella), Maca root powder (coming to our store soon!), Cayenne pepper (Just a dash), Anise Stars or Cinnamon 🙂 You can sub a nut-milk for the water if you’d like (cow milk will deplete the digestibility of the healthy Shilajit!) to make it creamy, and add some sweetener to your taste preference.

While we were comfortable with our trustworthy source, before listing this Shilajit on our website and providing it to our customers we felt it was necessary to thoroughly investigate its value first-hand. I (Eternity Zach) have been taking this daily for over 6 months now.

From the first time I used it I could feel the energetic profundity…BUT I am extremely sensitive to subtle changes in consciousness (thanks to lots of mediation) and also my body is very receptive to nutritional goodness (thanks to lots of healthy raw foods!). This being said, I felt it was necessary to study it more in-depth before expressing my review and allowing our beloved customers to partake.

I take approximately .5g two times a day, I began with about .1 or .2g only once a day but felt so good that I was eager to see the full effect. It is said that with Shilajit more is not better necessarily, 1g per day is the recommended maximum, too much can cause a flushing of your digestive track, but at 1g per day I have been extremely content and without problems.

The effects I’ve noticed rom taking Shilajit came into view more and more by the day. Like i mentioned above, I could tell my body was very happy on the first day even, and I could notice a slight rise in energy and ambition. But after a week or so I could more clearly see the distinction of what it was doing to me. I noticed a significant decrease in fatigue, especially when working. What would normally wear me out (5 hrs+ of consistent hard work), while working with shilajit i noticed that I was significantly less burdened. Less of that ‘oh man i need a break!’ kind of feeling was very obvious for me.

Also my memory has been much more on cue since i began taking Shilajit regularly. Recalling the days events comes more easily, but of particular value for myself was the increase of associative memory. By this I mean to describe that while speaking with others, or pondering on philosophical or intellectual topics, I found that I could much more easily recall ideas relative to the topic. It was as though my entire memory bank was ‘awoken’. Conversation came much more easily and I could reference relevant ideas with ease.

After months of daily use I went a handful of days without utilizing Shilajit. It is a great supplement in that once it is active in your system (from regular use) you don’t necessarily need it every single day. The positive effects I’d received were still very active even without the supplement for a few days. I did start to feel my body subtly requesting that i partake again though, and I did of course! No withdrawal or negative effects though from cessation of use, I just felt it was a good idea to go back to it 🙂

2 reviews for Shilajit *Organic and Raw* 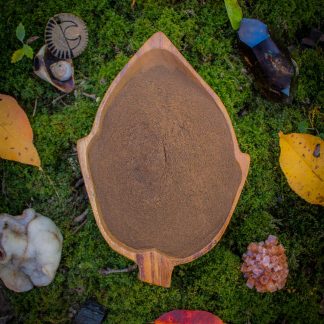